Figure in a shroud.

A figure in a sack like shroud, St Mary’s Perivale, London. This is the only one I’ve ever seen quite like this.

Posted by Jeane Trend-Hill at Thursday, August 19, 2010 No comments: 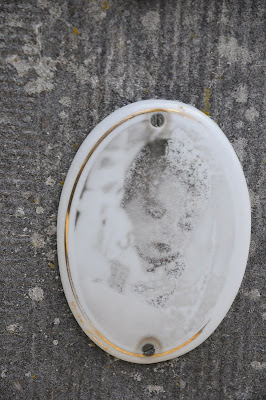 "Two World Wars left Europe with a scattering of well tended war cemeteries," the Lady of the Cemetery said. "The Cold War however, sprinkled the European countryside with tombstones of Canadian Forces personnel and their families..." 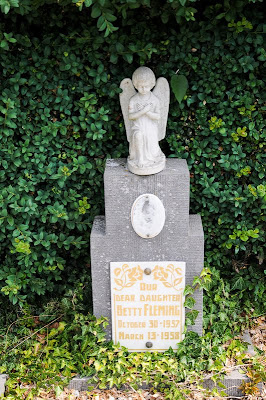 According to the Canadian Department of National Defence, more than 1,370 Canadians were buried in Europe during the Cold War. "But many graves were lost," the old lady said. "In Canada graves are kept in perpetuity, you know. But in Europe a grave is usually leased for a period of 20 to 25 years, after which the headstone is removed and the grave is used again."
As the Canadian Forces prepared to leave Europe, the National Defence Headquarters became aware of this issue. People had relatives buried there, but no grave could be found. One month a Canadian had been buried in a military cemetery, the other in a civilian.
"Plots in the children's section already expired after 5 to 20 years," the old lady said. "And they could not be renewed, you know." 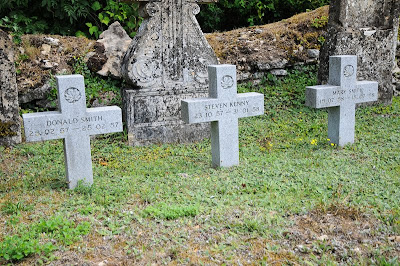 In April 2002 the Department of National Defence launched a website which made it possible to search easily for names in an alphabetical listing. National Defence also went into negotiations to renew the leases and protect the graves. 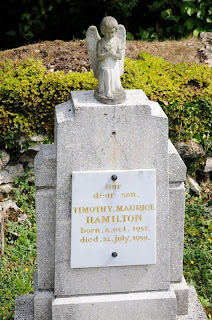 "It turned out that the graves of serving members were by far the smaller number," the Lady of the Cemetery said. "Many of them were newborn babies, you see? And that's why I got the Cold War Baby Blues, mister."
For the graves that were lost, a memorial cairn was raised in the cemetery where once the grave was, with the names of the Canadians buried here. 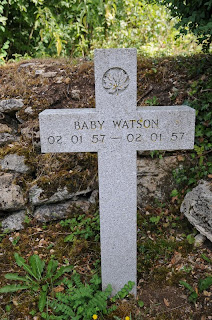 Many of them simply had "baby" in front of the surnames.
"See for instance Marville, France," the Lady of the Cemetery said. "Cozy little village it was."
Read Also: Marville, a Cold War Baby Blues - Part One