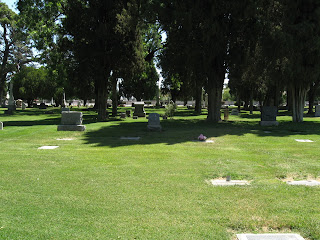 Dixon California didn't actually start as as being Dixon. It actually started out as the town of Silveyville which has the distinction of having the first white settler in Solano county. In 1842 a man by the name of William Wolfskill secured a grant from the Mexican government measuring one league (A land league used to be defined as an hour's walk. It's now defined as exactly 3 miles (4828.032 m) long by 4 leagues wide. When gold was found the most logical route the mines from San Francisco ran from Benecia to Sacramento and passed right through the new settlement. 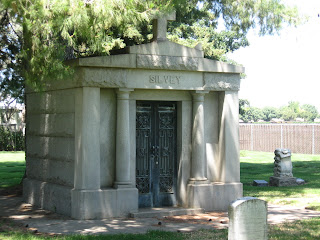 Originally, on his own quest for gold, a man by the name of Elijah Silvey found his way to this area. He soon realized that an easier way to make money would be to open an inn and saloon in the area. Silvey called his inn or house "The Halfway House". In those days the trail was not yet defined and he would hang a red lantern high in the air so that any would be traveler would be able to find his way to his inn for the night. By 1865 this area was now being called Silveyville and boasted over 150 residents, a general store, a post office and a blacksmith to serve the needs of coaches traveling to Sacramento. Unfortunately Elijah Silvey met an early end when he fell from his porch. 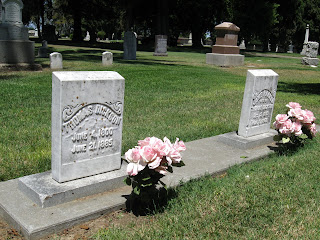 In 1868 the California Pacific Railroad was completed and the residents of Silveyville were disappointed to find out that the railroad would not be coming to Silveyville. A rancher by the name of Thomas Dickson donated 10 acres of land and built a house along the tracks. This depot became known as Dickson Station. Upon the first arrival of goods to Dickson Station the packages were marked Dixon Station. After battling the spelling for 2 years the country recorder finally filed the name under Dixon because at the time it seemed more simple and since then the name has stuck.

A weird thing happened to me while I was here. As I was about to take a picture of the final resting place of Elijah Silvey my camera started acting funny. I'm not sure what it was but I have this negative feeling like I shouldn't be taking the picture. So I snapped off two shots and the fresh batteries I had loaded right before I started taking the 50 or so pictures had died. They were brand new when I started and I usually get more pictures out of my camera. I turned my camera off and back on again and the settings were all changed. I had to delete several pictures before I figured it out and set everything back to default settings. After I did that the batteries were magically good again. Just thought I'd share that tidbit because I found it strange.
Posted by Joe Dallmann at Wednesday, June 24, 2009