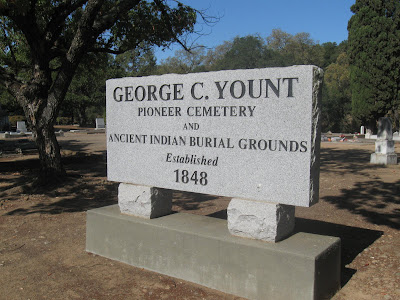 During the early part of the 1800's the city we know as Yountville was owned by Mexico. George C. Yount settled in the area in 1831 and became the area's first white settler. In 1836 he was given a land grant by the Mexican government. This would be the first grant to a United States citizen given in Northern California. Yount named his land Rancho Caymus after a Native American tribe in the area. Around 1855 Yount commissioned a surveyor to assist in laying out the town's boundaries and although there was a town by the same name over the hill he called this town Sebastapol. It wasnt' until 2 years after his death that the city's name was changed to Yountvill in honor of George Yount. Today Yountville is a small town in the Napa Valley which is home to wineries and Northern California's only Michelin 3-Star restaurant and two Michelin 1-Star Restaurants. 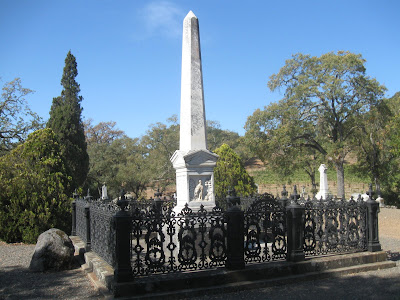 George C. Yount was born in 1794 in North Carolina. At the age of 10 he left with his family for Missouri and then on to Santa Fe where he made a lot of money distilling but because of the dishonesty of his partner he lost his money as quickly as he'd made it. He then set out for California and reached here in 1831. He is widely considered one of the earliest pioneers on the west coast because for a time he was the only white man that could be found between the Mission of Sonoma and North. Upon his arrival he found that California was overrun by numerous "savage Indian tribes." To me this statement stands out. I wonder to myself if they really were "savage" or if they were simply trying to protect what was rightfully theirs. Grizzly bears were also prevalent on the plains as it has been said that as many as 60 could be seen in 24 hours. It was not unusual for people to kill 5 or 6 in one day. The only sign of a civilized society (if one would call it that after what I'm about to tell you) was the missions. The missions were set up by the Spaniards to help "tame" the savage Indians. Each mission employed 5 or 6 soldiers who would go round up the Indians and bring them back to the mission. Once there they would go through "training" or "instruction". They would then be forced to go out and hunt other Indians and return them to the mission for the same training. Once the mission was well filled another would be started. George Yount befriended the Padre at the Sonoma mission and frequently too charge of it while the Padre traveled to handle affairs in San Rafael. I believe this is why the Mexican government decided to grant him the land in Yountville. George Yount went through many trials with the natives of the area and eventually was able to befriend a few. While defending his house from attack he allowed several Indian women and children through his door to seek protection from another attacking tribe. 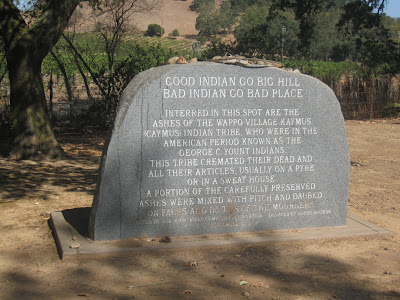 The Caymus Indians were a subset of the Wappo Indians and dwelt in and immediately around the George C. Yount land grant. They are honored at the cemetery with a memorial stone pictured here. Normally in places like this I like to stand and see if I can feel the energy that should be emanating from them. Sadly I stood here and could feel nothing. The Caymus and 5 other Indian tribes in the area of modern day Calistoga, St. Helena and Yountville. I wondered to myself as I read this marker. "Is this what they cremated Native Americans would have wanted?" To be mixed with dirt and buried next to white settlers? I'm not so sure as I sit here writing this.
Posted by Joe Dallmann at Sunday, December 06, 2009